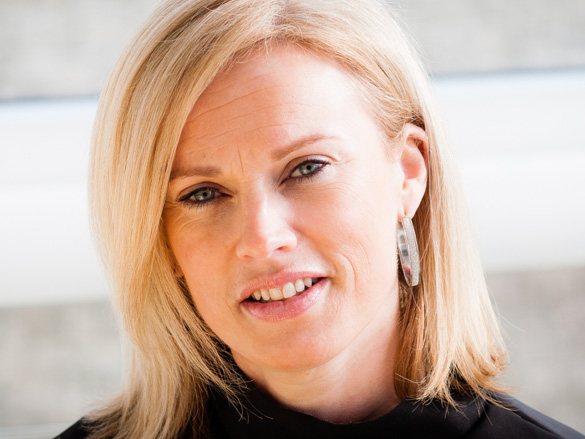 Chuck Robbins is the real deal. He is the chairman and chief executive officer of Cisco Systems, the American manufacturer of networking hardware who have that wonderfully-appointed glass-fronted office just off the motorway at Oranmore. He is responsible for 70,000 employees, yet last year he was moved to tears by a simple act of gratitude performed during his visit to the Galway plant.

As part of CISCO’s wide ranging social consciousness and community engagement programme, they invite an active retired group to the plant to avail of one-to one tech lessons from the engineers.

Here staff take the visitors on one to one sessions and each week show them a small piece of technology that will change their lives. They might show them how to use WhatsApp, how to video message, how to save Contacts. These might seem like simple concepts but they mean the world to that group, but just how much, they found out when Mr Robbins came for an event. One by one, the group stood up and thanked him for the generosity of his staff in changing the way they viewed the world. It left a lasting impression on Robbins. That out of his 70,000 employees, the office in the west of Ireland that plays host to 200 of them had an employee culture that was benefitting the company and those who interacted with it.

A culture that he said he wished could be bottled and farmed out to each of his offices across that globe.

And this culture shift has all been put down to the drive and passion of its Site Engagement Manager, Sheila Greaney. A native of Newcastle in the city, but with roots in the county, Sheila titles herself a ‘sophistibuff,’ with enough of the city and the country cuteness in her to enable her converse with ease to either prince or pauper.

To break down barriers, to coax people to do things outside their comfort zones, to create a camaraderie that is the envy of other companies and which is shaping an ideal of what a tech role in the west of Ireland can look and feel like.

Through her work, Sheila has become a sort of ambassador for the tech sector in Galway, constantly engaging with the IDA and other tech companies on plans for new entrants keen on locating here in the west. Initially joining the company as executive PA, she soon discovered that her role expanded to making CISCO one of the best places to work, eventually winning the national award a few years ago.

As you climb the stairs of their splendidly appointed premises, the walls are covered with dozens and dozens of large posters showing staff endeavours outside work; community engagement, working charities, family days, awards.

There is nothing that goes on in Cisco that is not featured on these walls at some stage. Sheila commissioned four-foot high models of the five letters of CISCO a few years ago and they have earned their keep, being hauled out to promote the company in whatever social endeavour they are involved in.

“Typically corporations do not know about how to engage staff in matters outside their immediate work. I just started at the photographs and soon I was getting a lot of traction from CISCO outside of Galway. Questions like ‘will you write me an article on this, what are you doing in Galway, how did you do this, what is the best practice. It snowballed within months of me starting it because the biggest part of my personality is passion. I love to see people happy, to see them thrive, to say well done, because we have come from a culture in industry in general where people are not praised or encouraged to do that.

“Most of the people here are engineers who are extremely intelligent and academic, so they were not jazzhands like I am, but within months, they could see the benefit and feelgood factor of what I was trying to do.

“They’d see me coming with the camera. They could see what it was doing to the community, the charity work, and then they could see the importance of it to CISCO in Galway and in the global entity. We are just a tiny dot in the overall CISCO group. 70,000 employees and only 200 of those are in Galway, but we have created such a strong internal community that reaches out to become a key player in terms of community work in the city.

Chuck said to me if I could bottle the culture you have in the Galway office and drop it into every office we have around the world, I’d have one hell of a happy place to work

“Now seven years later, they trust what we are doing here. As part of the Great Place To Work ethos we are doing it to make people feel good about their job, so the Director of Engineering Pat Hession decided that I would leave administration and focus on this,” she said. Interestingly, there are no other Site Engagement Managers elsewhere in the CISCO group, but the model created by Sheila is one that the company is attempting to replicate to bring some of that Galway effect through the entire company.

“The role is the glue for this office — our staff works in small teams in groups of eight or ten people, so they don’t have to interact with any other person on the site, so we would have ten people sitting beside another group of ten people and one wouldn’t know the other. And I’m gluing those 20 people together,” said Sheila.

And with such things, Galway gets noticed for being different. Sheila is availed of by the IDA and other agencies when they are brainstorming on how to attract other tech companies to the west. With a strong passion for her native region, and an in-depth insider knowledge of how large tech companies work and interact, Sheila sells Galway well to the world’s tech companies. Many have spoken of how her passion for the Galwayness that’s at the heart of the city’s tech culture is a winning formula and is one big reason companies are interested in locating here.

“Chuck Robbins said to me if I could bottle the culture you have in the Galway office and drop it into every office we have around the world, I’d have one hell of a happy place to work. Because of that, I am now on the Global Great Place to Work teams and we offer advice to CISCO offices around the world to help them see what we are doing here. Galway is being noticed for all the right reasons and this will reap rewards for the region,” she said.

It does seem a remarkable company — the working environment is beautiful, and the working conditions enable and reward staff for volunteering through programmes such as Time To Give.

“CISCO have the Time To Give programme in which they give every one of our staff five paid days to volunteer. IF you’re a charity partner say COPE. We have 90 employees who volunteered with COPE. For every hour our volunteer works, CISCO gives COPE ten dollars, so they pay COPE for our work, as well as the staff time. It is coming from the top down, from Chuck Robbins. His ethos is all about authenticity and giving back.”

“The ethos of CISCO is a great fit for me. What they believe in is what I believe in,” she says of her key role. Long may it continue. Word of CISCO Galway’s community engagement is making waves around the world, and that can only be good news for the local burgeoning tech sector.