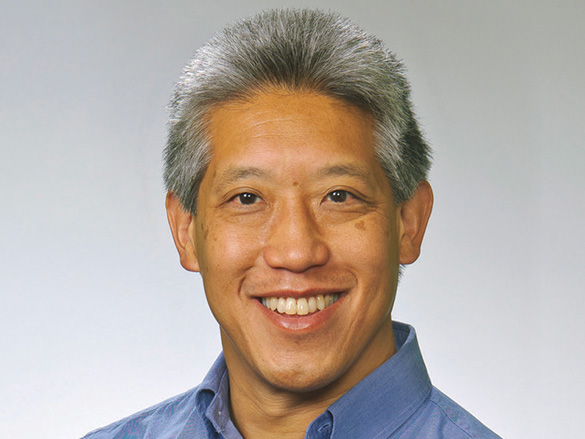 TechTalks: A Practical Approach To Learning

Jim Tung has been involved with MathWorks for 31 of the company’s 35 years in business. The company specialises in data analysis and visualisation, and model simulation.

Mr Tung has held a variety of positions at the company, including vice president of marketing and vice president of business development. Now a MathWorks fellow, Mr Tung was in Galway recently and took time to discuss MathWorks and its role in education.

“MATLAB was born out of academia,” he said, referring to the development environment that is one of Mathworks’ flagship products. “It was used for teaching linear algebra. From the early days academia was a core market for us.”

MathWorks has worked with a whole range of clients across both traditional educational institutions and new providers, from researchers, universities, and textbook writers to online providers such as Coursera and EdX. The company has also now extended its reach to second level schools in the US, where MATLAB is giving students hands-on experience in practical STEM areas.

“Maths and science is theoretical,” Mr Tung explained. “The issue is, how do you retain students? If all they’re doing is learning formulas they will drop and move to another field. A lot of curricula has moved to be really application oriented.”

Even primary school age children have the opportunity to benefit from learning experiences using the company’s technology, though through more indirect avenues. MathWorks partners with museums around the world to create interactive displays that provide enhanced learning experiences for people of all ages.

“The objective is to have exhibits that include technology but are designed to be engaging,” he said. “For example in Boston, in the Hall of Human Life [in the Museum of Science] the displays use our software under the hood.”

MATLAB has been used in disciplines as diverse as chemistry, the Human Genome Project, and medical devices including hearing aids, insulin pumps, smart pumps, and prosthetics.

The platform can also be used to encourage tinkering in students who are learning how to apply their learning within a STEM discipline, something that the company is seeing more and more through both practical work and competitions designed to encourage practical exploration.

“Engineering and science are now team oriented,” Mr Tung said. “There are more and more competitions that take place that are about solving a problem as a team, and how to present it and explain it to people who are not experienced in that area.”

“So for example, General Motors said, how can we influence how engineering is taught, so people coming out, who you’re hiring, know what it’s like? So they developed an ecocar competition, which challenges us to create a more ecologically sustainable vehicle. We work with General Motors and the US Department of Energy to make the competition happen.”

This competition, called the EcoCar Mobility Challenge, sees teams in universities around the US compete to improve the energy efficiency of a Chevrolet Blazer. It is just one of the ways in which STEM subjects are integrating practical applications alongside the more traditional theory-led approach to education.

A lot of universities around the world, starting about 20 years ago, realised that students need more hands-on work.

“There’s much more of an emphasis on engineering in first year,” Mr Tung said of this move. “It’s not about the theory and equations, it’s about, what’s it like to be an engineer? What do they do? What kind of products do they create?” This change has been slow, he said, but it has been happening for some time.

“Changing the curriculum can be difficult. It involves a lot of buy in. It does move but it’s harder to move. “A lot of universities around the world, starting about 20 years ago, realised that students need more hands-on work. They create a lab and buy expensive equipment. That was part of the curriculum, but not part of the course. You had labs of PCs everywhere and the world has gone past that. How do you replace the computer lab?

“They still have labs but they’re smaller in number and they’re more sophisticated. Then you have students getting an Arduino or a Raspberry Pi, and that becomes their lab.” Tinkering and experimenting has become a major part of STEM learning, and MathWorks has adapted its own products to make them as hands-on as possible for learners.

“From our standpoint there are two things,” Mr Tung explained. “One is to make sure we have the right licensing models so kids have access to the software. The second thing is to help them to get motivated to try stuff. We have various examples that we include in our software. So someone can look up and see, here’s how you design a self valet parking system for a car. It lets the students self serve. It’s designed to be opened up and played with. This could be used at undergraduate or graduate level.”

MathWorks’ background may be in academia. However industry, and particularly continuing education for those working within STEM sectors, are also a focus.

“Once a person has graduated and is in industry they lose the opportunity to learn, and yet they are tasked by their companies to do innovative stuff,” Mr Tung said. “A lot of what we try to do is to take a lot of reference examples and make them available to everybody. It’s also about working with companies to ensure they’re staff stay current. We make sure they have the right training available, advise on the way to get there. The industrial world is changing very fast.”

With more than 3 million users worldwide, MATLAB has seen many people adapt it to their own needs, creating tools within the development environment which others can also use to further their own work.

“A lot of earth science researchers use our tools because they’re trying to understand what’s going on in ocean patterns, climatology, and they want to do predictions,” Mr Tung said. “Over the years scientists have built their own toolboxes in Matlab that they share with each other.”

MathWorks’ Galway office, which was set up in 2016, provides sales and support services throughout the EMEA region. The company ultimately chose Galway over other cities due to its diverse workforce, existing innovation centres, university, and the work-life balance the city provides for employees.

Most importantly, the company felt that Galway provided the right culture, and the right environment to foster the kind of ethos that has permeated the company since it was first established in 1984.

“The philosophy we have is to invest in staff development,” Mr Tung explained. “We want to create a circumstance where the staff invest in each other and in themselves. To have an environment of staff commitment is part and parcel of it. In the US we’re east coast. We’re in Boston, and that’s little bit of the character of the company. It’s about building the right kind of corporate culture.”