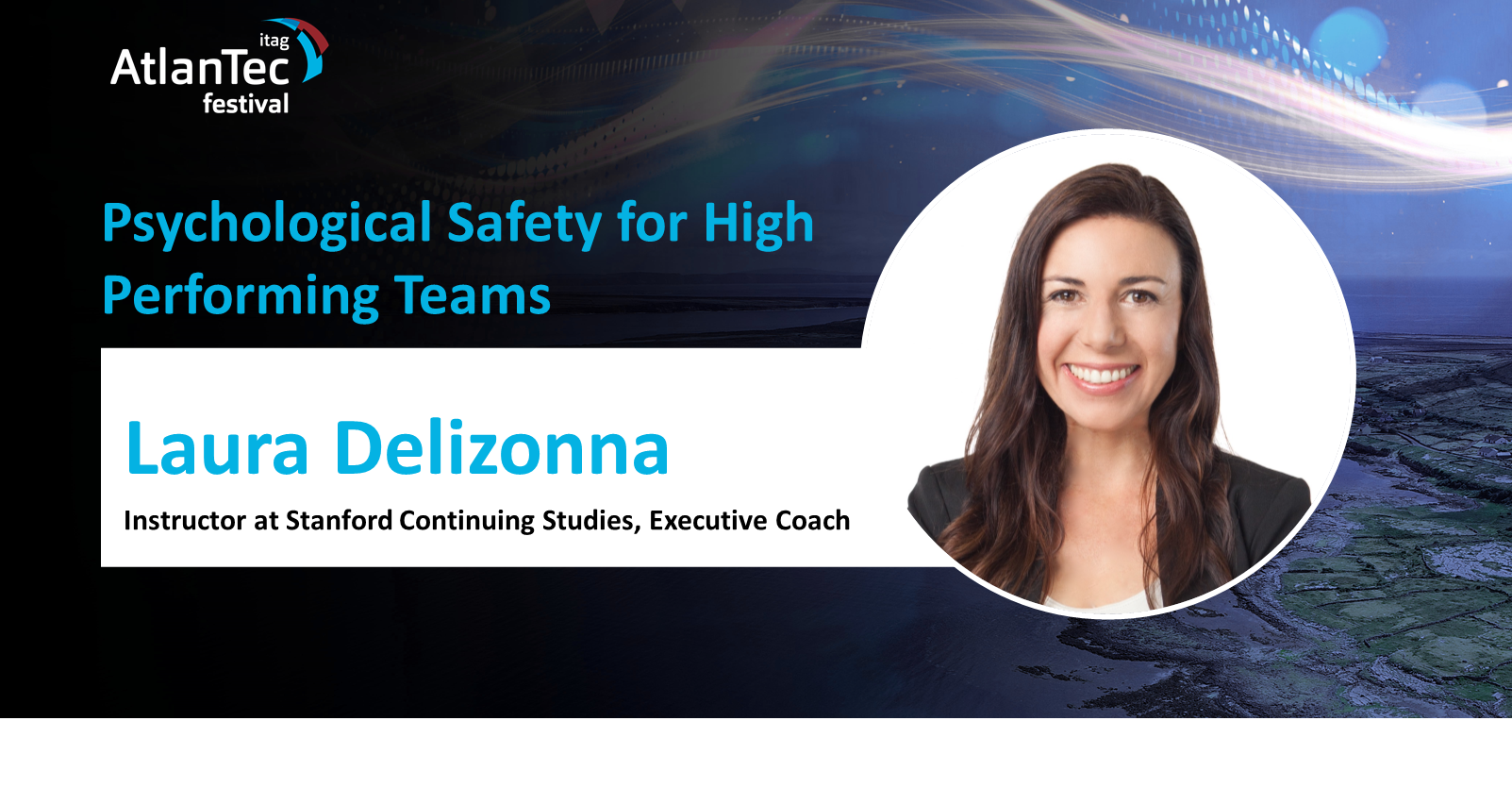 Effective leaders should talk last, display active appreciation to employees and be courageous by showing their vulnerability according to Stanford instructor, executive coach and keynote speaker Dr Laura Delizonna.  It is all part of fostering a climate of psychological safety, where team members feel safe to take risks and be vulnerable in the workplace. Delizonna has shaped company culture at top organisations such as Google, Facebook, McKinsey and Disney based on the principle of psychological safety. 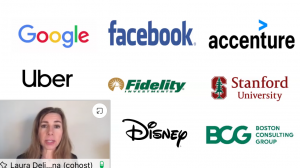 Laura Delizonna presenting at the itag AtlanTec Festival 2021. She is a leader in the field of psychological safety, empowering leaders to up-level individual and team performance at top organisations.  Her Harvard Business Review article on high performing teams has 1.5 million views and she has co-authored four books.

Participants at the itag AtlanTec festival heard how psychological safety is essential in this modern era, as 2021 is a time to reimagine.  It is a call to action for leaders. Psychological safety was described by Delizonna as an invisible force and “most leaders get it wrong.” When members of a team feel attacked, belittled and criticised, avoidance and defence behaviours ensue. Employees need to feel they can make a simple, honest mistake without being “thrown under the bus.”

For Delizonna, there are four pillars where the most powerful actions lie: 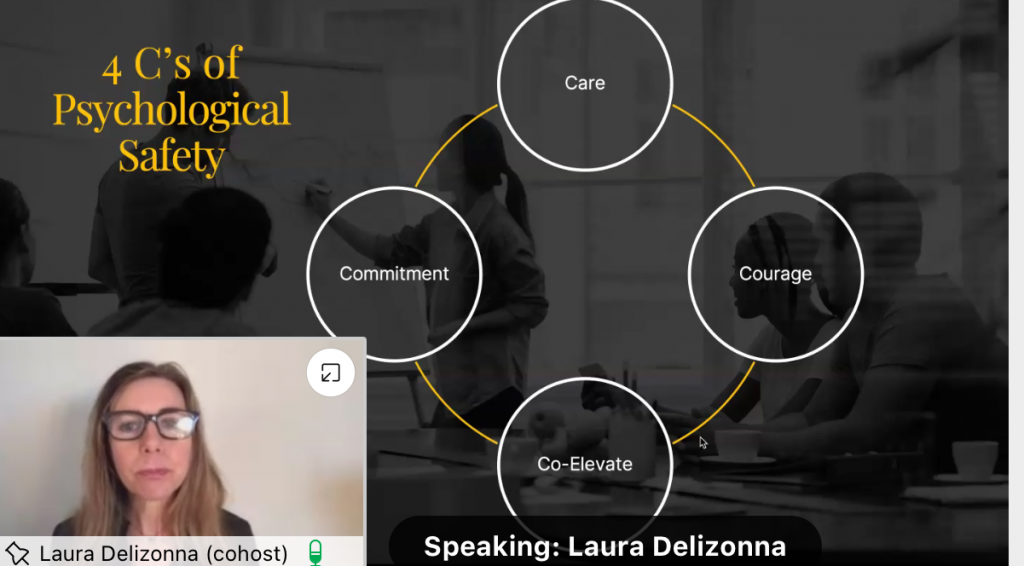 Care drives trust.  Remote working demands even higher levels of psychological safety.   As the boundary between work and life blurs, managers need to learn about the person behind the position.  The opportunity for spontaneous moments of connection do not happen at home. A top tip presented by Delizonna – showing interest goes a long way.  She advised managers to “ask about their team members lives and invest in the relationship bank account.”

Vulnerability is the number one action that leaders can take to increase psychological safety.  Participants at the itag AtlanTec Festival heard about the power of being authentic and honest.  As leaders, the ability to model that vulnerability is a courageous choice.  Being willing to say ‘I don’t know, I need your help, we will figure this out’ while maintaining an “empowered stance” is key for Delizonna.  “Words are cheap,” she said, “actions are gold and mistakes are just interesting feedback.” 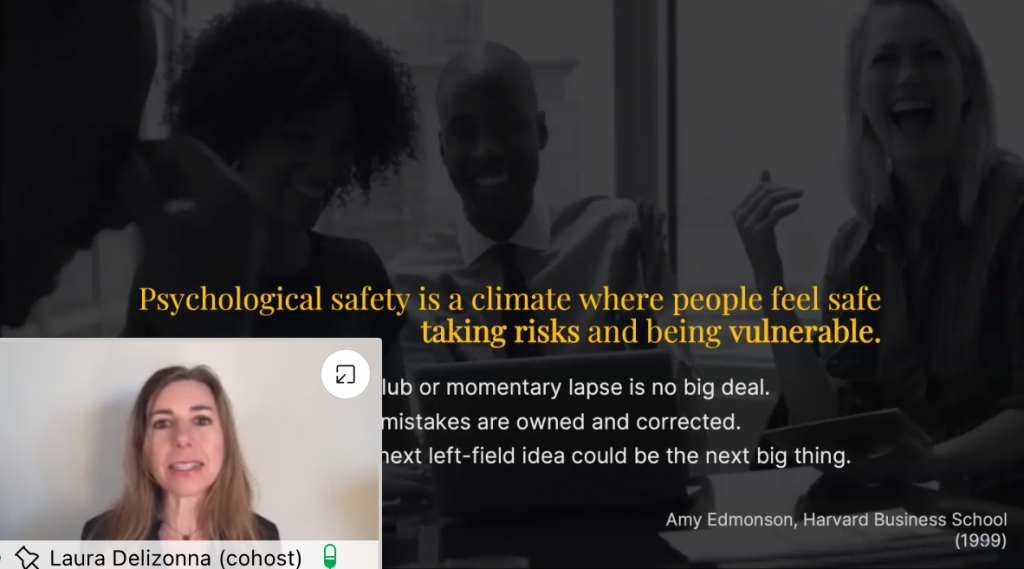 With high levels of psychological safety, teams can work in an environment where they feel safe to take risks and be vulnerable.  Participants at the itag AtlanTec Festival 2021 heard how this is vital for team performance from Laura Delizonna.

The task of a leader, according to Delizonna, is to elicit greatness.  The essence of leadership is one life influencing another. Delizonna explained how we love our work when we feel a connection to a true leader. We want to be part of the collective success.  It is the role of managers to inspire, empower and clear the way so that employees can bring their best ideas.  Part of co-elevation is to express appreciation.  “Most people give a weak expression of appreciation,” said Delizonna. “Saying thank you is not enough.  Specify the behaviour and identify the impact this has had on a project.”

Delizonna asked participants at the itag AtlanTec Festival to commit to one experiment per day to improve psychological safety.  Another top tip which resonated with participants was for managers to actively solicit input from team members.  One way to achieve this is for leaders to speak last in meetings.  “If you speak first,” she explained, “it shuts down the conversation.” 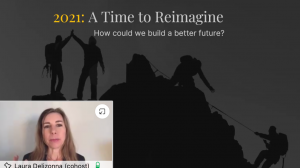 Laura Delizonna told the itag AtlanTec Festival that 2021 is a time to reimagine and a chance to look at how we can build a better future by improving psychological safety in the workplace.

When asked ‘what are you going to do differently’ at the end of the presentation, those in leadership roles committed to: