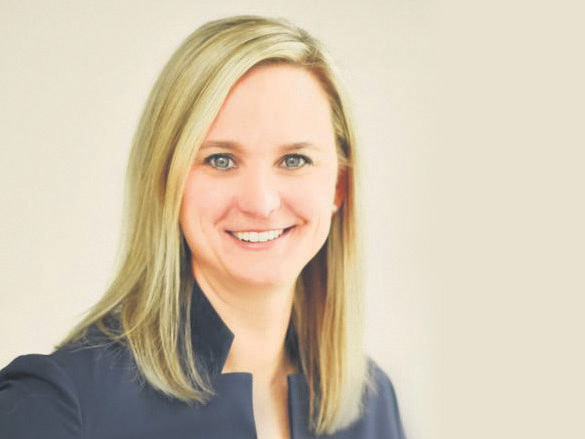 Schneider Electric has been a mainstay of industry in Galway since the early 1990s, long before the city really became known as a hub for technology. Though it has been through many iterations over its long history, the company is still a driving force for energy innovation, and is working to create a sustainable future for the industry.

The French-owned corporation has its roots in the first half of the 19th century. Since the 1970s, it has focused on uninterruptible power supplies, providing energy continuity for everyone from homeowners to manufacturers and other major industrial users. It is a sector that has seen enormous change over the decades.

“You’re talking about something which historically has its roots in manufacturing and industrial products, everything from the controls that control your house up to very complex projects like utilities,” said Kelly Becker, the country’s Ireland president.

“For a long time it was very much product centric — we sold a widget, for want of a  better word. The company is really evolving, as is the industry as a whole, an industry that has been around since the invention of electricity, and you’re making it digital, and that is the really interesting part of what Schneider is doing right now.”

The increasing importance of sustainability has seen Schneider shift towards energy efficiency in recent years. The move is designed to both combat climate change and save customers money – and the company itself plans to be carbon neutral within the next five years. “At the core of the company is efficiency and sustainability,” Ms Becker added. “As you look at all our products, it’s about how we are enabling our customers to do more with less. What can we install to run their facilities exceptionally well and use less power? It’s at the core of the corporation. A product in the past that used to make sure that a bottling company, as an example, would just run their production, is now being manufactured with software that helps drive proactive preventative maintenance. And determining how a corporation can use less to still do the process, that is really at the core of who Schneider is as a company.”

Schneider had given itself a deadline of 2030 to implement carbon neutrality across its global operations. In recent months the company’s CEO, Jean-Pascal Tricoire, announced that the company has pushed that deadline back to 2025. As well as working to reduce its own emissions, the company is committed to helping its customers do likewise. In fact, it has been working towards this goal for the past 15 years. “He [Tricoire] publicly talked about the company goal to be carbon neutral by 2030,” Ms Becker said. “We can get there by 2025. That’s a clear alignment to the goals of the company. It means we track all of our buildings, we look at what is the energy usage of each of our buildings, from energy to water. How can we be more efficient and sustainable ourselves?

“One of the things I’m interested in is, as electric vehicles get rolled out, how do we move more of our fleet towards electric? Every country president has their goals in a way that we need to help meet the company’s efficiency goals.” Ms Becker, who has been Ireland president of Schneider Electric since April, sees great potential for the development of electric vehicles in Ireland, particularly because the size of the country means it is very feasible to travel around the country with minimal need to charge. However electric cars have yet to become as popular here as they are in some other countries. “My building in Dublin has electric vehicle chargers in it and residents have vehicles regularly recharging,” said Ms Becker, who is based in the company’s Maynooth facility. “My guess is that the price point has not yet worked its way into reality yet to make it feasible for everybody.

“In big cities around the US you see a lot more electric vehicle infrastructure,” she continued. “In some Nordic countries it’s close to 50% of all vehicles on the road. There is so much opportunity for Ireland to do this. The benefit, or the ease, for Ireland in terms of electric vehicles is that the country isn’t that big.

“If you compare electric vehicle infrastructure in US to Ireland, it’s very different. You would expect that vehicles would be able to get from Dublin to Galway without needing to be charged. You need some infrastructure halfway between that. I think Ireland, when it sets its mind to it, it shouldn’t be that hard to implement, and it’s something we’re interested in.”

Ms Becker is based in the company’s Maynooth facility, though Galway was its first base in Ireland, and in Europe, and was acquired when Schneider bought American Power Conversion (APC), a UPS specialist originally based in an old Digital plant in Ballybrit. The company employs some 225 people in Galway, which houses key European operations including supply chain management, customer care, finance, marketing, HR, sales, and a substantial portion of the company’s European research and development.

“From an R&D perspective Galway is an important hub for us,” Ms Becker said. “We have many employees who have been here for 25-30 years. It’s a company where many people stay.” Indeed, the company recognises long service with awards for employees from five years’ service onwards. As its first UPS-focused operation outside of North America, Galway has been an important part of the Schneider story, and Ms Becker expects it will remain so into the future.

“Ireland continues to be a very important market for Schneider,” she added. “We are growing well, te market and the areas in which the country is growing are very strong fits with Schneider’s offers. So we will continue to grow and invest in our commercial teams.”